We would like to offer our sincere support to anyone coping with grief. Enter your email below for our complimentary daily grief messages. Messages run for up to one year and you can stop at any time. Your email will not be used for any other purpose.

Share a memory
Obituary & Services
Tribute Wall
Read more about the life story of Frank and share your memory.

Frank T. Dunn, age 93, of Covington, Ohio, passed away on Saturday, December 17, 2022. He was born on December 5, 1929, in Oak Hill, Ohio, to the late Thomas G. Dunn and Maude (Pritchett) Dunn. In addition to his parents, he was preceded in death by a sister, Joann Elcess.>> On August 29, 1953, he married Joyce Elaine (Stickelman) Dunn, and she survives after sixty-nine years of marriage.  Frank is also survived by his children: Tom (Cinda) Dunn of Troy, Jane (Mike) Cotrell of Urbana, Paula (Mike) Varno of Covington, and Steve (Kim) Dunn of Covington; eight grandchildren: Brian Dunn, Courtney Carpenter, Andy Cotrell, Brooke Jones, Michael Varno, Matthew Varno, Nathan Dunn, and Anna Dunn; and nine great-grandchildren: Calvin and Winnie Cotrell, Carter and Blaire Carpenter, Branden and Avery Dunn, and Andre, Delaney, and Maile Jones.

Frank graduated from Oak Hill High School in Jackson County, Ohio, in 1947, after which he graduated from Rio Grande College with a degree in education. He later earned a Master’s Degree in Education Administration from Wittenberg University.
Frank began teaching at Concord School in 1952, and for thirty-five years he taught, coached, and served as a principal in both the Covington and Troy Schools, positively impacting the lives of thousands of people. He was honored as Troy’s Educator of the Year in 1985.
He was a long-time member of the Covington Presbyterian Church, the Covington Eagles, and the Covington Buccaneer Boosters. He is an honorary member of the Covington High School Athletic Hall of Fame for his many contributions to the Covington Athletic Program.
Frank will be interred during a private graveside service at Miami Memorial Park Cemetery, Covington at the convenience of the family.  In lieu of flowers, contributions may be made to the Covington BUCC Booster.

Condolences may be left for the family at www.stockerfraley.com 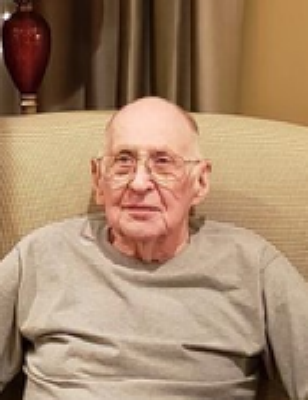 Look inside to read what others
have shared
Family and friends are coming together online to create a special keepsake. Every memory left on the online obituary will be automatically included in the book.

Look inside to read what others have shared

Family and friends are coming together online to create a special keepsake. Every memory left on the online obituary will be automatically included in the book.

You can still show your support by sending flowers directly to the family, or by planting a memorial tree in the memory of Frank T. Dunn